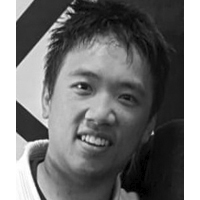 Justin Tom received his PhD in chemistry in 2018 under the supervision of Professor Heather Andreas at Dalhousie University. He is particularly interested in chemical analysis, surface science and materials science. Since 2020, he has been working as a scientist for Alentic Microscience.
Learn about our editorial policies
Credit: iStock.

Spectrographs are important tools for studying many biological and chemical processes and substances, from pigments to plant growth and nucleic acids to pharmaceuticals, providing information about analytes based on their optical properties. A spectrograph is essentially a machine that separates light into particular wavelengths that are then detected and recorded immediately using an array detector,1 such as a charge coupled device (CCD).2 The first processing step in a spectrograph is separating the incoming light, which is performed by a monochromator. This article describes what a monochromator is and how it works, the different types of monochromators, what monochromators are used for and their role in the spectrograph.

What is a monochromator?

How do monochromators work?

What are monochromators used for?

Monochromators in the spectrograph

What is a monochromator?

A monochromator is a device that separates different wavelengths of light from a given light source. The main components typically include an entrance slit, mirrors and a light disperser.3 A prism or grating is often used as the light disperser.3 Most monochromators have an exit slit where the separated light leaves the device, but monochromators used in spectrographs have an array detector, usually a CCD, replacing the exit slit to capture data from a range of wavelengths at once, resulting in real‑time data.2

How do monochromators work?

When light rays travel in a parallel direction, it is often called collimated light, and when they are in this form, the rays can be controlled.3 In a monochromator, the incoming light rays are usually collimated using mirrors, dispersed and aimed towards the detector. There are different ways to implement the setup, which are beyond the scope of this article, but here we will focus on the most common form, known as a Czerny‑Turner arrangement (Figure 1). 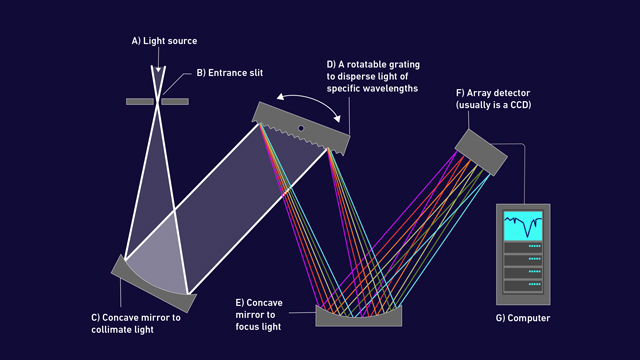 Figure 1: A schematic diagram of a Czerny-Turner monochromator indicating the component parts and the path of the light from the light source through to detection. Credit: Technology Networks.

Some stray light will always be expected and may originate from undesired diffraction or scattering of light inside the monochromator or from the environment if the optical device is not completely sealed. Stray light is problematic when measuring very high absorbance values or very faint fluorescence emissions from samples as a large portion of the light reaching the detector will be stray light.3 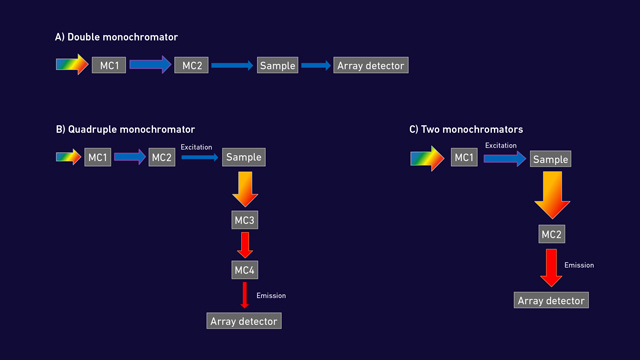 Figure 2: (A), (B) and (C) each represent a different spectrograph design. Schematics of a double monochromator arrangement (A) known to increase resolution and significantly reduce stray light when compared to using a single monochromator.7, 8 A typical quadruple monochromator configuration (B) consists of a pair of double monochromators, often used for high resolution fluorescence studies and a common two monochromator configuration used in fluorescence analysis (C). The colored arrows conceptually illustrate the separation of light, beginning with the rainbow arrow from the light source, followed by the extraction of specific wavelengths after each passing through a monochromator. Note that MC indicated in this figure is an abbreviation for a monochromator. The assumption is that a sample is being examined using a spectrograph design where (A) is typical for absorbance measurements and designs (B) and (C) are used for fluorescence. Credit: Technology Networks.

Different types of monochromators can be categorized based on how light is dispersed inside them, with prisms and gratings being the most common.

As the name suggests, a prism monochromator uses a prism to disperse light. The prism relies on a difference in the index of refraction, which means that the speed of light varies as it travels through a prism material. Consequently, the colors of white light will be split accordingly. For example, blue light is slowed and bent more than red light in a glass prism.

A prism may sometimes inherently have certain material disadvantages. For example, prism materials made of sodium chloride or potassium chloride can be used for analysis in the infrared spectrum,10 but the prism properties of both degrade over time due to absorption of water from the air. A sapphire prism for infrared analysis10 would be a better substitute but is generally expensive. As another example, glass prisms are not used for examining wavelengths in the ultraviolet (UV) range because glass absorbs UV light.10 Instead, a quartz prism is necessary to examine the UV spectrum.10

Gratings are currently by far the most commonly used dispersing element in a monochromator. Several gratings can be included in a monochromator that give differing selectivity across a range of wavelengths in a single instrument. This is useful as each usually works best for a specific wavelength range and certain applications.3

A grating is an optical component that has regular, evenly spaced grooves, usually with a reflective coating placed on top of another material. Light reaching a grating may be reflected at different angles, with each groove acting as a source of light when the light reflects.3 A blazed grating, also called an echelette grating, is a specific specialized type of grating designed to operate best at a specific wavelength of light. Gratings used for examining the infrared range (longer wavelengths) have much wider spacing between grooves, whereas those for the UV range (shorter wavelengths) have much tighter spacing between grooves.

The reflected light rays dispersed from a grating can interfere constructively when they are in phase, interfere destructively when out of phase or somewhere in between.3 Reflected light that interferes destructively decreases light intensity as expected, but a disadvantage inherent in all gratings is interference that leads to order overlap. For instance, light with a wavelength of 300 nm in the second order will overlap the light with a wavelength of 600 nm in the first order, thus a CCD detector would recognize both wavelengths at the same time. Order overlap is undesirable and can be removed by adding filters, a second monochromator connected in series or an additional grating.

High-quality gratings have minimal surface imperfections, which can cause stray light,13 and consequently provide high resolution. Traditionally, high-resolution diffraction gratings were ruled, but gratings made holographically generate less stray light.13 When discussing resolution in the context of diffraction grating, a higher or better resolution refers to instances where the difference in wavelengths of light that can be distinguished becomes smaller, meaning that more details become visible.3 The resolution improves when more grooves are present in a grating.3 For example, low‑cost projects may use a compact disk (CD) or a digital versatile disk (DVD) as a diffraction grating, with the DVD having more grooves than a CD and therefore providing better resolution.14

Decreasing the groove spacing on a grating is known to increase both the dispersion (how easily the wavelengths of light will separate and spread) and resolution.3 In a monochromator, smooth rotation of the grating is expected to yield a linear change in wavelength. The dispersion of light is linear when using a grating, which is a large advantage when compared to a prism because a prism has non‑linear light dispersion. This in turn simplifies the data processing, analysis and interpretation.

A summary of the advantages and disadvantages when compared to a prism monochromator are presented in Table 1.

Table 1: A comparison of the advantages and disadvantages of using a reflective diffraction grating and a prism to disperse light in a monochromator. Entries in bold are more advantageous.

What are monochromators used for?

Monochromators are used to control the wavelength of light when needed, such as in spectroscopic analysis techniques. Examples that commonly employ monochromators include:

Monochromators are probably most often used in UV‑Vis absorption spectroscopy, where sample types including proteins, pharmaceuticals, beverages, DNA and RNA are analyzed.16

Monochromators in the spectrograph

It is best to keep in mind the particular application when deciding whether a prism or a diffraction grating should be used. If a high signal‑to‑noise ratio with high sensitivity is required in a low‑light situation, then a prism monochromator should be used. Highly efficient light transmission generally yields high sensitivity; prisms usually have a higher efficiency than diffraction gratings.17 This is important for situations involving low intensity light experiments, such as measuring the absorbance of deeply colored samples using visible spectrophotometry or faintly fluorescing samples using fluorometry.

Complete the form below to unlock access to this Audio Article: "The Monochromator and Its Role in the Spectrograph"