Complete the form below and we will email you a PDF version of "The Tumor Microenvironment: Local Effects With Widespread Consequences"

Complete the form below to unlock access to this Audio Article: "The Tumor Microenvironment: Local Effects With Widespread Consequences"

The tumor microenvironment (TME) is a pathological microcosm. It is a tissue comprising cancer cells, as well as a suite of other cells, such as various immune cells, vascular cells and the extracellular matrix (ECM). Together, through network crosstalk, these elements conspire to sustain uncontrolled tumor growth. Tumor-infiltrating immune cells fail in their immunosurveillance function and instead adopt a pro-tumorigenesis phenotype, which abets tumor metastasis and invasion, angiogenesis and ECM remodeling. Simultaneously, the uncontrolled growth places high metabolic demands on the tumor, which reprograms metabolic pathways to ensure these demands are met.

Despite the fact that the TME develops locally, as its name suggests, it has important and far-reaching consequences. The mechanisms that allow the tumor to evade immunosurveillance lead to metastasis. Therefore, specific immune cell infiltrates correlate with clinical survival in several cancers, such as breast, lung, glioma and melanoma. Similarly, metabolic reprogramming, for instance through epigenetic mechanisms, also associates with clinical survival, for instance in a brain tumor subset, diffuse intrinsic pontine gliomas (DIPGs) with mutant histone 3 (H3). Due to their link to patient survival, this suggests that targeting TME processes has important therapeutic implications. Thus, understanding TME biology will be central to developing novel cancer therapies or adjuvants, such as immunotherapies and metabolism-targeting agents. Herein, the focus will lie on immune infiltration, particularly macrophages, as well as epigenetically-regulated metabolic rewiring.

Immune system participation in tumorigenesis is complex and dynamic and acts as a double-edged sword, with both anti- and pro-tumorigenic roles in a context-dependent manner. The initial influx of immune cells into the TME may mount an antitumor response; however, ultimately, the evidence indicates that the TME reprograms infiltrating immune cells into an immunosuppressive, pro-tumor phenotype, such as specific subsets of tumor-associated macrophages (TAMs) or myeloid-derived suppressor cells (MDSCs). Further, immune cells can comprise a significant fraction of TME cells. For instance, TAMs can constitute up to 50% of the tumor mass in extreme cases. Therefore, tumor-infiltrating immune cells can exert a substantial influence on the TME, tumor characteristics, and, ultimately, prognosis and response to therapy.

“The cancer–TAM crosstalk is a very complex scenario we are actively investigating,” explained Professor Lorenzo Galluzzi, at Weill Cornell Medical College, New York, who is especially interested in developing therapies that leverage tumor-infiltrating immune cells. “The complexity derives, in part, from the highly heterogeneous nature of TAMs, not only between cancer patients, but also spatially between and within tumor lesions. There is also a temporal element, with an earlier immune-surveilling function, followed by a later immune-evading process. TAMs can participate in both phases due to their highly plastic nature. The so-called “M1-like” TAMs are pro-inflammatory and phagocytic, are recruited early to the TME, and are generally thought to be antitumorigenic. However, prolonged pro-inflammatory signals from M1-like TAMs leads to chronic inflammation. At this point, macrophages are alternatively “polarized” or shifted into their M2-like phenotype. M2-like TAMs are anti-inflammatory and non-phagocytic and are usually considered deleterious by promoting tumor growth and neovascularization, with strong immunosuppressive effects,” said Galluzzi.

During this reprograming process, the cancer-TAM crosstalk communicates via a two-way high-way. “Driving tumor progression on one side of the highway is the tumor, which releases lactate  and alters immune cell contexture, that is, the composition and density of tumor immune recruitment, which induces M2-like macrophage polarization. Along the other highway direction, M2-like TAMs secrete growth factors, angiogenesis-stimulating molecules, and ECM-remodeling proteases,” said Galluzzi, in relation to the minutiae of the immune TME.

“Furthermore, all these feedback loops revolve around a rewiring of metabolic pathways, also through a dual effect. One important immunometabolic hub is lactate metabolism, which is bidirectional, and acts on both cancer cells and TAMs to support tumor progression and immunosuppression, respectively. Lactate is further linked to hypoxia, which is a common TME characteristic and contributes to TAM-independent immunosuppression,” explained Galluzzi.

In tandem, M2-like TAMs shift from glucose utilization to glutamine and fatty acid metabolism, freeing glucose for tumor glycolysis, in a reciprocal relationship.

Although this extensive restructuring of M2-like macrophage phenotype and metabolism renders them tumor-promoting, it can also be leveraged as a potential target for cancer therapeutics. One therapeutic approach is to shift the TAM polarization from anti-inflammatory M2-like towards pro-inflammatory M1-like. Another tactic is to deplete TAMs altogether. Unfortunately, a major challenge in both cases is the high level of TAM heterogeneity, which is even more complex than the dual M1-like versus M2-like scenario.

However, despite major advances, additional work is needed to successfully harness TAMs for this purpose. According to Galluzzi, this difficulty is due to the need to target precise TAM populations with specific functions, as well as the need to consider the general immune cell contexture.

“Even conventional chemotherapeutics harness the power of the immune system to combat tumors by promoting the release of immune-stimulating molecules from dying cancer cells, which can jumpstart the activation of an immune response. Thus, most likely, combinatorial approaches will be needed, but great advances are on the horizon, which we anticipate will improve prognosis for cancer patients,” said Galluzzi. 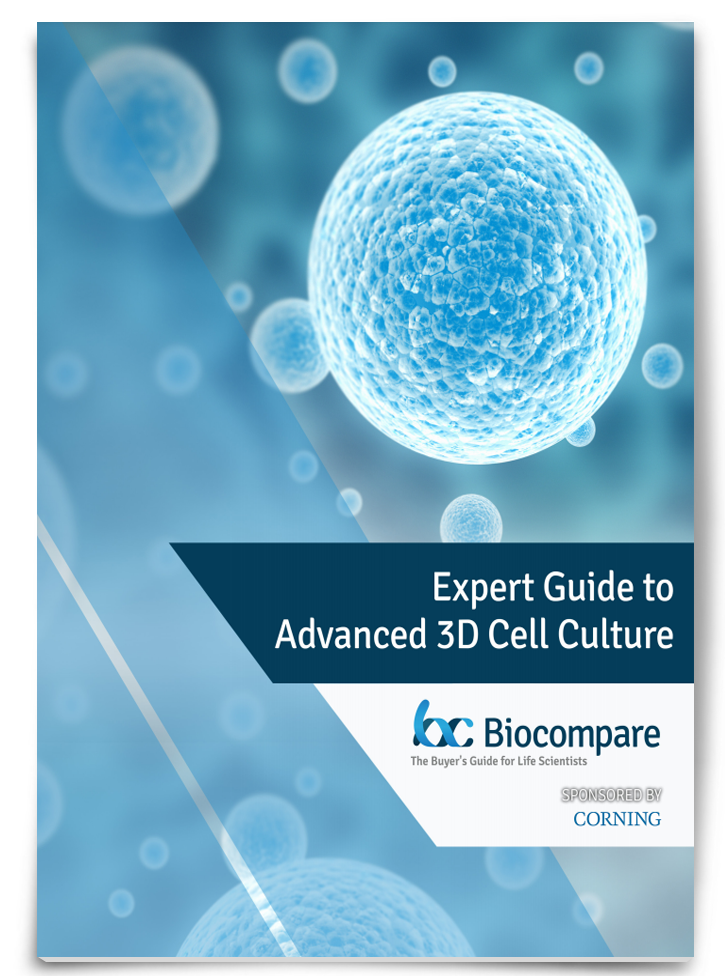 During the last decade, the number of research articles on organoids has steadily increased. This trend can be attributed to the properties of organoids, such as their similarity to primary tissue, genomic stability and that they are comprised from parallel cell types to the original tissue. Download this eBook to learn more about the benefits of using organoids for drug discovery and clinical applications. It also explores using extracellular matrices for organoid culture and strategies for moving 3D models into high-throughput environments.

Cancer cells undergo unchecked proliferation leading to tumor growth. To sustain this, tumors reprogram metabolic pathways to ensure sufficient substrate utilization or shifts in substrate preference for continued energy production. Examples include glutaminolysis, shift to glutamine utilization, or the well-documented Warburg effect, a shift to glycolysis and lactate production. Altered metabolism occurs through multiple aspects of cancer biology, such as immunometabolism as described above, or through oncogene and/or epigenetic–metabolic axes.

Professor Sriram Venneti, at the Department of Pathology, University of Michigan, is interested in the core mechanisms revolving around the metabolic–epigenetic axis in childhood brain cancers. “We are investigating some really devastating childhood tumors,” explained Venneti of his research. “Children with diffuse intrinsic pontine gliomas (DIPGs) and ependymomas brain cancers have terrible survival rates. In fact, in recent years, brain tumors have overtaken leukemia as the leading cause of mortality in children. So, therapies are desperately needed. My focus lies at the intersection of epigenetics with metabolism in the TME, specifically how certain mutations or overexpression of epigenetic or metabolic enzymes disrupt normal cellular metabolic circuitry leading to malignancy. With this knowledge, we hope to develop treatments and cures for these deadly tumors.”

The altered metabolic state also leads to elevated production of the metabolite alpha-ketoglutarate (α-KG) from TCA cycle-derived citrate through IDH enzyme activity. “α-KG is a substrate for KDM6A/B (histone lysine demethylase 6A/B), an enzyme involved in epigenetic regulation by histones demethylation,” continued Venneti. “The influx of α-KG maintains a global decrease in H3K27me3 epigenetic marks (i.e., hypomethylation). This restructures the epigenome, which in turn alters gene expression at loci that regulate metabolism. So, we’re seeing a feedback loop in the TME, where a mutation to a component of the epigenetic machinery, H3, alters metabolism, which influences the epigenome and brings the circuit full circle.”

These observations have led Venneti to leverage the altered metabolic state in the TME to develop drug candidates.

“The addiction of mutant H3-K27M DIPG tumors to glutamine and glucose, giving rise to α-KG, can be exploited with inhibitors of glutamine metabolism or IDH. These inhibitors slow proliferation and tumor growth in vitro in culture and in vivo in mouse xenografts of mutant H3-K27M. They are currently in the preclinical stage of investigation, but they bring hope to patients with these currently untreatable tumors,” Venneti concluded, hopeful that the future will yield better treatment for childhood tumors.
Related Topic Pages
Cell Culture
The Immune System
Advanced Cell Models
Anticancer Therapies
Cancer Genetics
Neurogenomics
Spatial Biology
Meet the Author