For the world’s leading neuroscientists, unlocking the brain’s capacity to stimulate neural plasticity has become something of a Holy Grail.

That’s because improving plasticity is perhaps the most important step towards repairing central nervous system (CNS) damage. In fact, it can have a profound impact across multiple neurological functions, including motor, sensory and cognitive abilities.

We all marvel at how children are able to learn things so quickly and easily. This ability is mediated by their brains’ nimble neural plasticity. Neuroscientists once believed that neuroplasticity manifested predominately during childhood. However, research in the mid-20th century demonstrated that many aspects of the brain can be altered, even in adulthood. Still, the developing brain has a significantly higher degree of plasticity than the adult brain.

As such, enhancing plasticity could be a potential treatment option for any condition where there is extensive damage to CNS tissue. Enhancing plasticity results in ‘axonal sprouting’ — a process where surviving nerves produce fine collateral sprouts from the intact remaining axons. In other words, healthy surviving neurons become fortified and form new connections in areas of the brain or spinal cord where most neurons are damaged or have died. 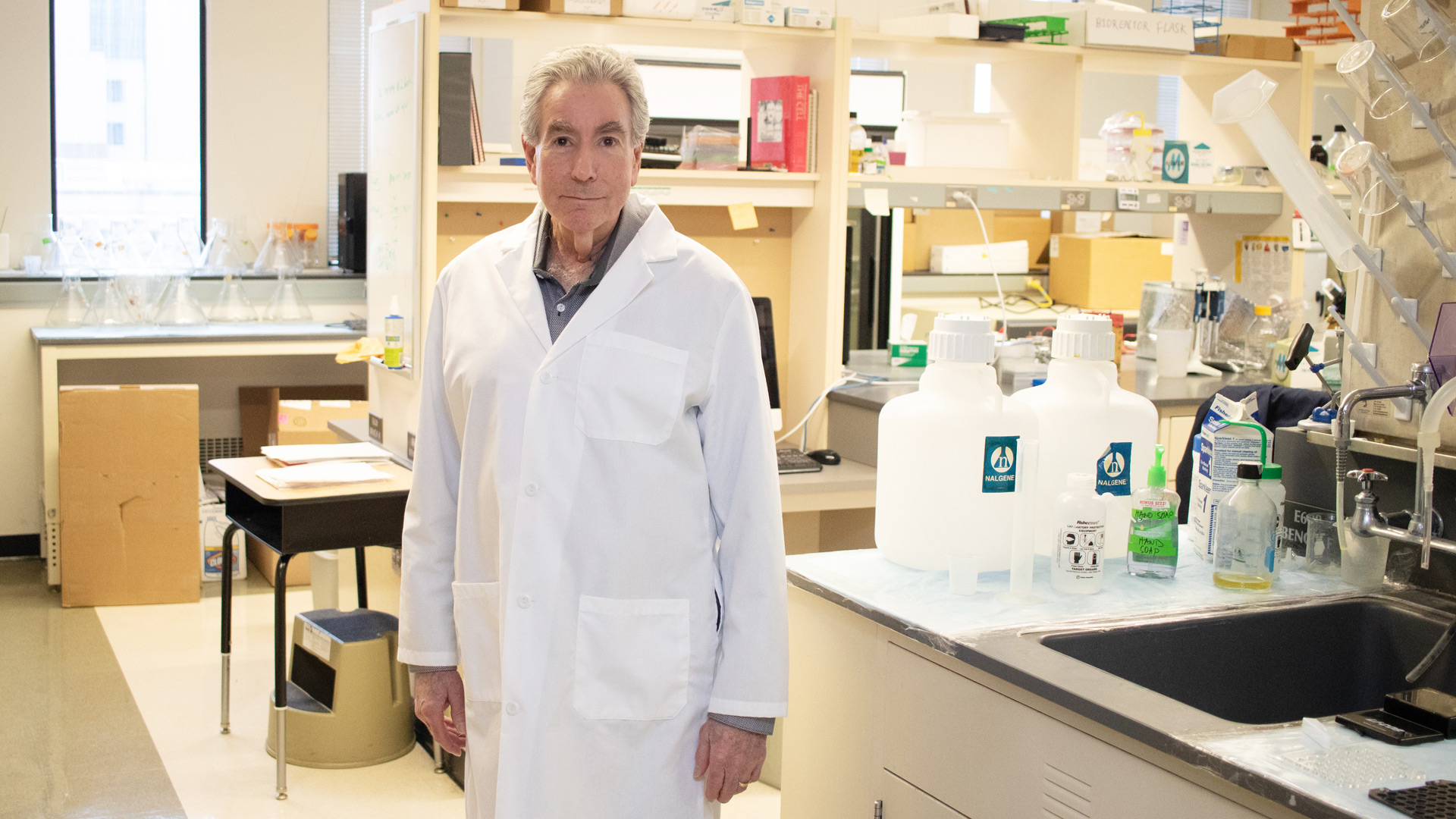 Dr. Jerry Silver, a professor in the Department of Neurosciences at Case Western Reserve University’s School of Medicine and co-inventor and advisor at NervGen Pharma.

Dr. Silver discovered the novel peptide– NVG-291 – which has been shown in animal studies to promote plasticity. “Plasticity is mediated by sprouting – which is all about the short-range reconnections of circuits in areas of the brain that have undergone damage through injury or disease, such as dementia. The ability of surviving neurons to achieve significantly improved functionality by expanding into the space of dead or dysfunctional neurons is what makes sprouting so powerful. We discovered that chondroitin sulfate proteoglycans (CSPGs) are molecules that naturally inhibit the ability of surviving neurons to engage in sprouting at an injury site, and we identified a neural receptor, PTPσ, which together with CSPGs act together to inhibit natural repair mechanisms.

NervGen’s drug development program targets PTPσ, inhibiting the negative effects of CSPGs, and allows the body’s natural repair mechanisms to occur, including plasticity, regeneration and remyelination. As far as I’m aware, NervGen is the only company focused on this receptor to modulate the effects of CSPGs,” says Dr. Silver.

“NVG-291 offers a potential new treatment paradigm by enabling repair of damage to the nervous system, rather than just trying to limit or contain the extent of the damage,” he continues.

Image on the left shows a CSPG “barrier” preventing axons from crossing. Image on the right shows adult sensory neurons extending axons through the CSPG “barrier” following treatment with NVG-291-R (referred to as ISP in the literature). Lang et al., 2015 Nature

“The ability to enable plasticity is relevant to any condition where there is CNS damage, including Alzheimer’s disease, traumatic brain injury, spinal cord injury and multiple sclerosis,” says Dr. Silver. “I believe that the most important mechanism of NVG-291 is the promotion of plasticity.”

US Department of Defense Bill on brain plasticity research

The FY22 NDAA report calls for the DoD to continue investments in promising therapeutics, for the treatment of nervous system disorders, including TBI. The full language, which can be found on page 283 of the report, reads:

“The committee continues to support the Department of Defense’s efforts to evaluate and treat servicemembers for acute traumatic brain injury (TBI). The committee is aware of recent advances in the development of therapeutics designed to stimulate nerve regeneration and to promote brain plasticity. These therapeutics hold great promise for recovery from TBI, Alzheimer’s disease, multiple sclerosis and spinal cord injury. Therefore, the committee encourages the Department to continue investments in the development of therapeutics to promote brain plasticity following TBI and other nervous system disorders.”

Although the committee does not mention NervGen’s NVG-291 specifically, it should be noted that it is the only product currently in clinical development where increased plasticity is believed to be one of the primary pharmacological effects, and which is in development for Alzheimer’s disease, multiple sclerosis (MS) and spinal cord injury.

Medical science already knows how to promote regeneration when there is damage to a peripheral nerve, which involves getting nerves to grow across the site of injury by using grafts. But this doesn’t work when there is damage to the brain or spinal cord. What’s needed to ensure significant recovery is sprouting. The results of a neuron compensating for the function of dead, neighboring neurons is profound. For example, one healthy sprouting neuron can take over the function of ten dead neighboring cells.

Paul Brennan is president and CEO of NervGen Pharma.

Related Topics
Neurodegeneration
Advertisement
Chosen for You
How To Guide