Sertoli cells are highly polarized cells that nurture different stages of germ cells at the same time. This image reveals how a single Sertoli cell, which is genetically labeled with yellow fluorescent protein among other Sertoli cells in red, contacts a number of cells in the tubule. Scientists at Cincinnati Children’s have uncovered a critical role for the Rho GTPase CDC42 in regulating the polarity of Sertoli cells and maintaining steady-state sperm production. 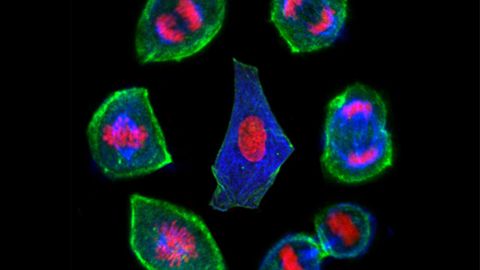 Lifecycle of a Cell