Environmental concerns are increasingly at the forefront of our minds these days, with more and more evidence coming to light of the disastrous impact human activity is having upon the planet and its creatures. It has become clearer than ever that our use of fossil fuels, in particular, has had disastrous consequences for our environment.

Alternative, renewable sources of energy are slowly being introduced, but much of this potential still remains untapped. Wind power is particularly promising; although it only currently provides 4% of the world’s electricity, researchers estimate that it could produce as much as 40 times the amount of electricity actually needed across the entire planet.

To illustrate this enormous potential, RS Components have created an infographic to break down exactly how many offshore wind turbines would be needed to power the world’s major cities.

Here are some examples:

• Shanghai, on the other hand, would require a sizeable 3,304 turbines over an area measuring 3,402 square kilometres.

It’s easy to see why, then, that wind and solar power are expected to account for a third of the world’s energy by 2040. Find out more in the infographic below: 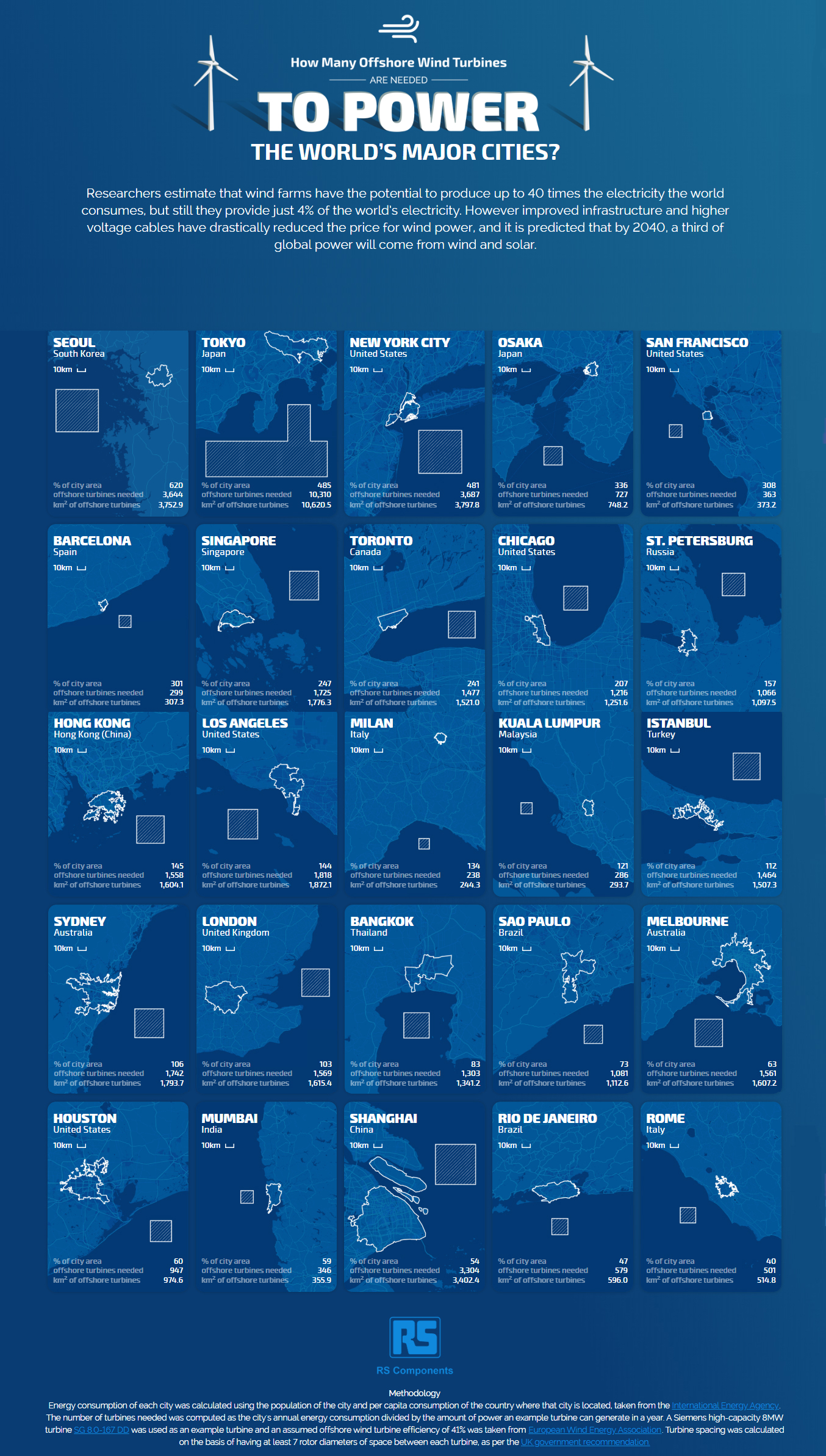 The infographic is also available here: https://uk.rs-online.com/web/generalDisplay.html?id=i/offshore-wind-turbines-power-major-cities
Advertisement
Chosen for You
Podcast