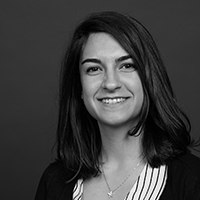 Maya Chergova holds a PhD in biochemistry and biotechnology from the University of Padua, Italy. Since 2018, she has been working with various oncology-focused CRO and biospecimen procurement companies.
Learn about our editorial policies
Listicle

Maya Chergova holds a PhD in biochemistry and biotechnology from the University of Padua, Italy. Since 2018, she has been working with various oncology-focused CRO and biospecimen procurement companies.
Learn about our editorial policies

Transcriptome-focused research has come a long way since the introduction of the northern blot in the 1970s followed by the quantitative polymerase chain reaction (qPCR) and microarray technology. In recent years, the development of next generation sequencing (NGS)-based techniques has revolutionized the way scientists analyze gene expression and regulation. RNA sequencing (RNA-seq) uses NGS to detect, quantify, and profile the transcriptome. In comparison with older methods, RNA-seq offers better resolution and coverage and, crucially, does not require prior knowledge of the analyzed transcriptome. This opens the door for more de novo discoveries. These advancements are allowing scientists not only to quantify gene expression, but to discover new transcripts, alternative splicing sites, and alleles1. The widespread use of RNA-seq has helped cut equipment costs, making this analysis highly accessible and bringing groundbreaking discoveries in almost every scientific and medical field including neuroscience.

Scientific advancement in neuroscience is in great need of such techniques to resolve the limitations scientists encounter while working on the most complex organ in the human body. Additionally, whilst the nervous system has the highest level of cell heterogeneity of any system in the human body, a big part of this cell diversity and long distance connectivity remains largely undiscovered. Overcoming these restraints relies on the development and implementation of high-throughput, precision techniques such as RNA-seq adapted to neuroscience.

The long-term goal of this technological progress is to deliver better understanding of the physiological environment of the brain, to profile its transcriptome, and link it to the unique physiology of the brain. Identifying these mechanisms in a healthy context will speed revelation of disease-related phenotypes and biomarkers and support drug discovery for neurological pathologies.

In this list, we explore the main directions of RNA-seq techniques used in neuroscience and what they contribute to the field.

Tackling the question of the brain’s cell heterogeneity requires exploration of the system at a single-cell level. As its name implies, single-cell RNA-sequencing (scRNA-seq) consists of profiling gene expression in individual cells.

A scRNA-seq workflow begins by isolating single cells from a piece of tissue either by microfluidic systems, laser capture microdissection, or fluorescence activated cell sorting (FACS), the last being the most commonly used technique. This isolated material becomes the starting point for RNA-seq analysis consisting of RNA isolation and mRNA enrichment, followed by fragmentation, conversion into complementary DNA molecule (cDNA), and the addition of sequencing adaptors. The cDNAs combined with the adaptors form the “DNA library” which will be sequenced and analyzed. Since the introduction of the method in 20092, the development of different platforms for scRNA-seq offers choices for researchers to find the best solution for their specific project in terms of cell isolation method, throughput level, coverage, and sensitivity3.

Neuronal membrane potential is a fundamental characteristic of excitable neural cells that can be addressed with the patch-clamp technique. Patch-clamp consists of measuring the electrical properties of cells using a micropipette that is in tight contact with the cell’s membrane4. The technological progress of RNA-seq is giving rise to a number of brain-specific RNA-seq methods including patch-seq. It offers the combination of whole-cell patch-clamp recording with RNA-seq analysis of the same isolated neuron. Following classical electrophysiological recording5, cellular RNAs are extracted and sequenced. Initially established in 20155, the last five years have already seen innovations such as the implementation of more precise and differentiated RNA-seq measurements involving not only cytosolic RNAs but also distal RNAs localized at dendrites and axons6. Patch-seq can be applied to different brain regions and gives a very accurate vision of the entire transcriptome of different parts of a single neuron. Whilst patch-seq is still in its infancy, these features make the method very promising for studying disorders related to distal RNAs and RNA trafficking.

Spatiotemporal regulation of protein expression is essential for normal brain function and development. Among the pathways regulating protein subcellular localization, mRNA localization emerges as the primary mechanism ensuring correct protein distribution in neuronal cells7. Investigating RNA trafficking along neurons is crucial for understanding brain functionality. Initially, this question has been approached using in situ RNA analysis. The biggest constraint of this technology is that it is limited to a small number of well-annotated biomarkers. In 2015, the team of George Church at the Wyss Institute managed to overcome this issue by developing the FISSEQ (Fluorescence in situ sequencing of RNA) method8. FISSEQ sequences in situ the whole transcriptome of a fixed cell or tissue and links expression levels with spatial localization of the given molecule. The technique consists of a reverse transcription (RT) reaction on the fixed sample, which converts RNA into a complementary DNA (cDNA). The cDNA molecule is read before an amplification reaction occurs at the level of the molecule, incorporating a fluorescent signal that can be analyzed by confocal microscopy. The FISSEQ protocol is suitable for a large range of samples, including cultured cells, formalin fixed paraffin embedded (FFPE) and fresh frozen tissue samples, whole-mount Drosophila embryos, and organoids8.

Neural circuits are groups of neurons interconnected through synapses that can be situated at distal brain regions but are functionally interconnected. Classical ways of tracing the connectivity of neural circuits relied on injecting neurons with a dye that could be detected by microscopy. Recently, the team of Anthony Zador developed a new approach to track single neuron circuits9. Multiplexed analysis of projections by sequencing (MAPseq) consists of injecting RNA barcodes of 30bp sequences into a target brain region. Each barcode will bind a molecule that will travel through a single neuron axonal pathway to its final synapse destination. Afterwards, the brain is dissected into slices and barcoded mRNA molecules are extracted and sequenced, giving information about the circuit pattern of each barcoded RNA from the source area. This new method significantly reduces the time of single neuron projection analysis and greatly increases the number of neurons that can be analyzed at once.

In 2019, Zador’s team introduced the upgraded version of MAPseq – barcoded anatomy resolved by sequencing (BARseq)10. Similar to its ancestor, BARseq involves high-throughput mapping of brain circuits by using RNA-targeting barcodes. The novelty here is that the sequencing is performed in situ as opposed to MAPseq, where the brain is cut into slices and RNAs extracted and sequenced afterwards. This modification gives higher spatial resolution for the initial location of a barcode as well as for the traced circuit in comparison with the one achieved with MAPseq. Zador and his team continue to work on the next generation of RNAseq-based mapping techniques that will bring us closer to understanding brain connectivity in health as well as in neurological pathologies.

The revolution in RNA-seq methods involves trends seen in many research fields – with a focus on high-throughput, single-cell techniques. We can see that RNA-seq technology is also evolving in a more targeted way looking for solutions for the most prominent limitations in today’s neuroscience. When it comes to the brain, novel technologies are trying to combine RNA-seq with other parameters crucial for neuronal function, such as electrical activity, messenger molecule localization, or neuronal circuit organization.

With the rapid progress in the development of these methods, scientists are expecting to gain better understanding in the complex structure, processes, and communications of the brain and hoping it will bring new therapeutic solutions in the years to follow.

Maya Chergova, PhD
More from this author >
Advertisement
Chosen for you
Infographic