Drugs elicit their desired therapeutic effects by interacting with specific disease-related targets. Once a target is discovered, drug molecules are screened against the target to identify those that interact with the target and modulate its activity. Drug–target binding affinity (DTBA) is the term used to describe the strength of binding between a drug molecule and its target. Being able to accurately predict drug–target interactions (DTIs) and DTBA is crucial in early drug development and during drug repurposing endeavors. Here, we look at some recent research developments in this space.

Many anticancer drugs work by blocking critical mediators of abnormal signaling in diseased cells. For example, blocking the activity of the protein “FAK”, hinders the mobility of breast cancer cells, therefore they are less likely to metastasize to other parts of the body. However, when FAK is inhibited, a closely related signaling mediator “PYK2” increases its activity and compensates for FAK, hindering the drug’s therapeutic effects. If it were possible to inhibit both mediators with the same inhibitor this compensation could be avoided.

Researchers investigated a selection of FAK inhibitors to determine their rate and duration of binding using a variety of computational simulations. All inhibitors bound to FAK at a similar rate, however, duration of binding varied, and they also noted that binding induced a conformational change in FAK. The “best” inhibitor remained associated with the FAK’s binding pocket for the longest duration. While most of the inhibitors were also able to bind PYK2, conformational changes were minimal, meaning it was easier for the inhibitor to dissociate from the target, hindering the drug’s therapeutic effect.

“So far, little attention has been paid to the kinetic properties of drug binding. However, this property has now emerged as an important parameter for the development of more effective drugs that are designed to inhibit their target proteins…” – Prof. Stefan Knapp. Goethe University.

Researchers have developed a novel approach, called DeepBAR, capable of calculating the binding affinities between drug molecules and their targets. DeepBAR harnesses machine-learning frameworks known as deep generative models (DGMs) and the Bennett acceptance ratio (BAR) method to rapidly calculate binding free energy. DGMs are neural networks that can be taught to approximate complicated, high-dimensional probability distributions using many samples. The BAR method is an algorithm that uses data from multiple states, to approximate the free energy difference between two systems.

"This research is an example of combining traditional computational chemistry methods, developed over decades, with the latest developments in machine learning," – Xinqiang Ding, postdoctoral associate, MIT. 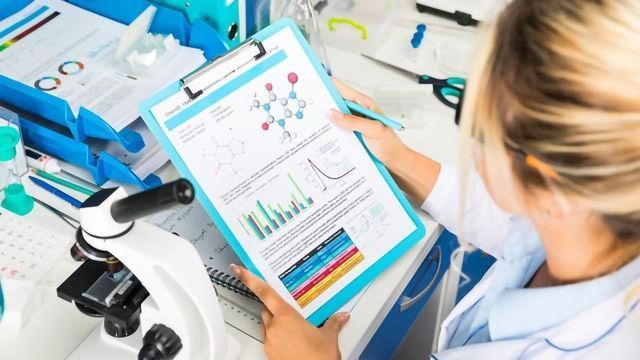 END_OF_DOCUMENT_TOKEN_TO_BE_REPLACED

New details about protein binding could lead to better drugs

Rice University scientists have investigated the underlying mechanisms responsible for stabilizing and/or destabilizing key sections of biomolecules in efforts to develop more effective therapeutics. The team used atom-scale models to explore biomolecule–target interactions within potential binding sites. They demonstrated that specific “frustrated” sequences in proteins are necessary to enable them to function and by locating these sequences, it could be possible to achieve better specificity of interaction and design drugs with a better safety profile.

Frustrated landscapes arise when sequences located at specific sites within the biomolecular structure are “selected” to be frustrated, enabling a degree of motion and interaction with a partner.

"This method is able to quickly show whether a binding site for a certain drug will be minimally frustrated or will remain a frustrated region. If after the molecule binds the site remains frustrated, the protein could rearrange or the drug could change its orientation in such a way that it could give rise to side effects," – Prof. Peter Wolynes, Rice University.

Minor modification to botox may boost binding and improve safety

Botulinum toxin (BoNT) is used for numerous purposes, for example, as a treatment for chronic pain or for the cosmetic reduction of fine lines, but when injected it can disperse into the surrounding tissue, resulting in side effects. Researchers have now shown that by making a small modification to the form of BoNT approved by the US Food and Drug Administration (FDA), binding of the drug to nerve cells can be improved, enhancing potency and safety.

It is known that several BoNTs have an extended loop along the amino acid chain between two binding sites that recognize receptors at the nerve terminal. By replacing two amino acids within the loop the team was able to enhance Drug–target binding in vitro. In addition, the researchers made two more alterations to further improve the drug. This new version of BoNT demonstrated increased potency compared to the “original” drug in studies with mice.

"Our study shows that the changes introduced into BoNT/B can increase the therapeutic potential of the toxin and reduce adverse effects. Engineering the botulinum toxins in this way may provide a new avenue for improving safety and clinical benefit from these drugs," – Assistant Prof. Min Dong, Boston Children's Hospital.