Molly Campbell is a senior science writer at Technology Networks. She holds a first-class honors degree in neuroscience. In 2021 Molly was shortlisted for the Women in Journalism Georgina Henry Award.
Learn about our editorial policies
Credit: Volodymyr Hryshchenko on Unsplash.

A new research study has explored a large library of authorized drugs to identify compounds that may elicit antiviral activity against SARS-CoV-2. An antibiotic, clofoctol, produced promising results in a mouse model.

It is estimated that 65.7% of the world’s population has now received at least one dose of a COVID-19 vaccine.* Vaccines have been a critical step in society’s journey back to a form of “normality”, saving millions of lives and reducing hospitalizations across the globe.

While COVID-19 vaccines reduce an individual’s chance of becoming seriously ill should they contract the virus, they do not prevent viral transmission altogether. It’s therefore important that we continue to develop safe and efficacious medications for individuals that develop COVID-19 and require treatment.

However, the process of bringing a novel drug to market is arduous; there are several stages of preclinical and clinical development that a drug candidate must successfully progress through before it can be authorized for human use. In the face of a public health emergency – such as the COVID-19 global pandemic – the long timelines associated with this process become a greater issue. 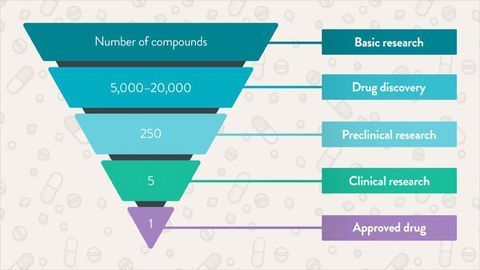 END_OF_DOCUMENT_TOKEN_TO_BE_REPLACED

One avenue of COVID-19 drug development has focused on the potential repurposing of existing drugs to treat patients. “Drugs that have previously received an authorization to be used in humans have already been tested for their toxicity and tolerability in humans, so one can skip some preclinical trials as well as the early clinical trials, which means saving time,” explains Professor Jean Dubuisson, head of laboratory at the National Center for Scientific Research (CNRS) in France, in an interview with Technology Networks.

Examples of existing drugs already tested against SARS-CoV-2 include the antiretroviral medication lopinavir/ritonavir prescribed for the treatment of HIV, the malaria drug hydroxychloroquine and the antiviral remdesivir. Unfortunately, clinical results from the testing of such drugs were disappointing, Dubuisson says.

The first strategies used to explore existing drugs for efficacy against SARS-CoV-2 were based on a method known as targeted repurposing. “People chose a single drug to directly test in humans, assuming this drug would have an antiviral effect,” says Dubuisson. In a new study, published in PLoS Pathogens, Dubuisson and colleagues adopted an alternative method. “Our approach is different because there was no a priori assumption, and we tested a very large panel of drugs used in medicine,” he describes.

The researchers used the Apteeus drug library – a collection of 1,942 authorized medications – to conduct a high-content screen (HCS) in Vero-81 cells, an African monkey kidney cell line that is vulnerable to SARS-CoV-2 infection.

What is high-content screening?

HCS is a high-throughput method in cell biology and drug discovery to identify substances that alter the phenotype of a cell in a specific way. 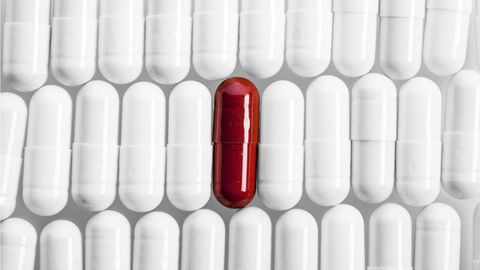 END_OF_DOCUMENT_TOKEN_TO_BE_REPLACED

“After the first screen, among the 1,942 compounds tested, we identified a few dozen molecules with potential antiviral activity against SARS-CoV-2,” Dubuisson explains.

In total, the screen highlighted 21 molecules that exhibited antiviral activity. These drugs were subjected to further in vitro evaluations, exploring their risk/benefit ratio in the clinic and how their antiviral activity fared against different cellular entry mechanisms that SARS-CoV-2 can use to enter and infect cells.

Three compounds – perphenazine, nitazoxanide and clofoctol – were flagged as demonstrating antiviral activity, regardless of the SARS-CoV-2 entry route tested.

“Clofoctol was originally developed as an antibiotic to treat bacterial infections of the respiratory tract,” says Dubuisson. This compound was chosen for further evaluation against SARS-CoV-2 in animal studies due to its pharmacological properties – it has a high safety profile and accumulates in the lung tissues at a higher concentration than in blood plasma.

Transgenic mice, genetically altered to express human SARS-CoV-2 receptors, were treated with clofoctol after infection with SARS-CoV-2. This mouse model is a “classical” model for testing a drug’s antiviral activity in vivo, Dubuisson says.

The research team observed a drop in virus production in the mice’s lungs two days after infection, in addition to a reduced expression of inflammatory genes and reduced pathology in the lungs.

Long-term effects of clofoctol were not evaluated, as the mice had to be sacrificed two days post-treatment. Dubuisson explains the reasoning behind this: “In contrast to humans, clofoctol is not as well tolerated in mice,” he says.

The treatment had to be stopped early in mice due to weight loss issues; however, humans can safely be treated with clofoctol for 10 days without experiencing major side effects.

A “strong case” for clofoctol’s use in the clinic

Based on the results of this study, the researchers argue in the paper’s discussion that there is a “strong case” for proposing clofoctol as “an affordable therapeutic candidate for the treatment of COVID-19 patients”. They add that, because the drug is low in cost, it could provide an opportunity for treating COVID-19 patients in settings where resources are poor.

“The next step will be to test clofoctol in humans in the context of a Phase III clinical trial, Dubuisson concludes. However, a limitation here is that such trial would need further financial support, he notes.