Molly Campbell is a senior science writer at Technology Networks. She holds a first-class honors degree in neuroscience. In 2021 Molly was shortlisted for the Women in Journalism Georgina Henry Award.
Learn about our editorial policies
Credit: Simone van der Koelen on Unsplash.
Read time:

Renowned scientists and engineers from the Massachusetts Institute of Technology (MIT) have developed and tested a capsule-based system for oral delivery of mRNA therapeutics.

The Pfizer–BioNTech COVID-19 vaccine, BNT162b2, was the first mRNA-based vaccine to receive authorization for human use in 2020. Now, an estimated 560.73 million doses have been administered globally.* The vaccine – and it’s mRNA-based predecessors, like Moderna’s mRNA-1273 – have played a fundamental role in our pandemic response.

In The Limitless Future of RNA Therapeutics, Damase et al propose that we are “living in the midst of a therapeutic revolution, the likes of which have not been seen since the advent of recombinant protein technology almost 50 years ago in Silicon Valley”. This revolution, the success of the mRNA-based vaccines utilized in the pandemic response and those that will likely follow, relied on several decades’ of previous research in nucleic acid therapeutics.

What are nucleic acid therapeutics?

“Nucleic acid therapeutics” can be used to describe all nucleic-acid-based approaches that are able to modulate gene expression, either by inhibiting, adding, replacing or editing at the DNA/ RNA level.

The research laboratories of Dr. Giovanni Traverso and Professor Robert Langer focus on the development of next-generation drug delivery systems.Traverso is an assistant professor in the department of mechanical engineering at MIT, and a gastroenterologist at Brigham and Women’s Hospital (BWH), Harvard Medical School. Langer is the David H. Koch institute professor at MIT and the most cited engineer in history. 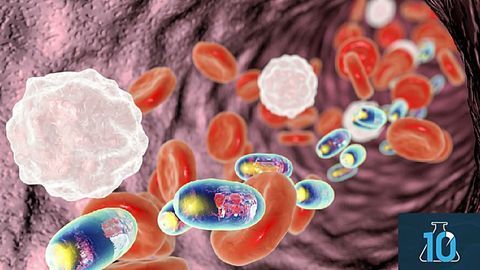 END_OF_DOCUMENT_TOKEN_TO_BE_REPLACED

Together, the Traverso and Langer laboratories have been searching for novel ways to deliver therapeutics efficiently and safely to the gastrointestinal tract, focusing particularly on large, protein-based therapeutics that are currently administered via injection.

Several years ago, the collaborators developed an ingestible injector capsule – roughly the size of a blueberry – that could be swallowed to deliver insulin orally.

A self-orienting millimeter-scale applicator (SOMA) for oral delivery of insulin and other biologics. Taken from Giovanni Traverso, YouTube.

“Our motivation is to make it easier for patients to take medication, particularly medications that require an injection,” Traverso said at the time. “The classic one is insulin, but there are many others.”

In their latest study, published in the journal Matter, the scientists used the ingestible injector capsule to deliver mRNA – protected in a polymeric nanoparticle – to the stomach in pigs.

The polymer nanoparticle is made from poly(beta-amino esters), which the research team analyzed previously to assess which structure – linear or branched – works most effectively for protecting nucleic acids.

What are polymers, and what do we mean by linear vs branched polymers

Polymers are large molecules, made from long chains of smaller molecules – known as monomers – that are connected by different types of chemical bonds.

A polymer could be likened to a chain of paperclips. The chain might consist of one paperclip linked to the next paperclip, forming a straight linear structure (this would be a linear polymer). Alternatively, you may decide to add a “side chain” by clipping additional paperclips to the main chain and building them up – an analogy for a branched polymer.

Technology Networks asked the team whether there were any toxicity concerns surrounding the polymers. They explained that any potential toxicity concerns were characterized via in vitro cell culture studies before the in vivo animal models. Across both in vitro and in vivo assessments, there were no significant signs of toxicity. “The reason for the lack of toxicity may be that the polymers used in our studies are biodegradable. So, the cells can break them down into their constitutive elements within hours,” the researchers said.

Testing the device in animal models

The first step for testing the delivery system was to evaluate the polymer nanoparticles. The research team created a nanoparticle complex that included mRNA encoding a report protein and injected it directly into the stomachs of mice without the ingestible injector capsule. Expression of the reporter protein would indicate that the mRNA had successfully been delivered to the cells and translated.

Protein expression was confirmed not only in the stomach – the targeted region – but also in the liver of the mouse models, providing evidence of potential systemic delivery. Typically, when protein-based therapeutics are delivered systemically – i.e., via intramuscular injection – it is difficult to target the stomach. Thus, finding systemic expression of the protein and targeted expression was a positive for the team.

Moving on to testing in larger animals – pigs – the Traverso and Langer labs freeze-dried the RNA-nanoparticle complexes and packaged them into the ingestible injector. Approximately 50 μg of mRNA was packed into each capsule, and for each pig, three capsules were administered. That’s a total dosage of 150 μg; for context, the mRNA-based COVID-19 vaccines typically contain between 30-100 μg.

“In these studies, we delivered an mRNA encoding for an enzyme called CRE recombinase in pigs. We measured the levels of the enzyme in the pig stomach tissues using two assays (western blot assay and immunohistochemistry),” the researchers told Technology Networks. Both of these methods are qualitative approaches for measuring protein expression, meaning the exact amount of protein expressed cannot be determined quantitively.

Targeted but not systemic expression

Expression of CRE recombinase was identified in the pigs’ stomachs, but not in any other organs of the body.

The scientists told Technology Networks that this could be due to limitations in the assays that were utilized in the study: “Nonetheless, to confirm/elicit systemic expression, changes in reporter mRNA, nanoparticle engineering (smaller nanoparticles that escape gastric tissue and drain into the portal vein, more stable nanoparticles, nanoparticles with reduced entry into gastric cells etc.,) may be needed,” they said.

Despite the lack of systemic expression, the study provides evidence that this system can be utilized for delivering mRNA to the stomach, “which is difficult to target with systemic injection,” the scientists emphasized.

Future work, they added, will focus on validating the efficacy of the system in disease models, assessing the immune response to antigens delivered in the gastrointestinal tract and the potential utility of the platform for mucosal vaccines.

The Traverso and Langer Lab were speaking to Molly Campbell, senior science writer for Technology Networks.