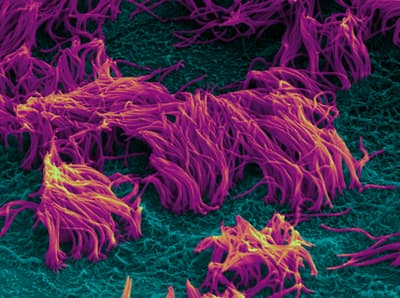 While it is well known that cigarette smoking is a major cause of lung disease, and a key exacerbating factor for patients suffering from chronic obstructive pulmonary disease (COPD), it has not been possible to effectively model its deleterious effects on human lungs under normal breathing conditions.

In an article in Cell Systems, a multidisciplinary team at the Wyss Institute for Biologically Inspired Engineering describes an instrument they engineered that can ‘breathe’ in and out, actively smoke regular and electronic cigarettes much like a human, and then deliver the smoke to microfluidic organs-on-chips lined by human lung small airway cells isolated from non-smokers or COPD patients. The integrated smoking system enables a better understanding of smoke-related pathological changes in individual smokers, and could facilitate the discovery of more accurate biomarkers and new therapeutic targets.

Progress in figuring out how exactly cigarette smoke worsens COPD, a so far irreversible inflammatory disease of the small airways of the lung, has been glacial because researchers lack faithful models. Classical culture systems with human small airway cells are unable to reproduce the breathing motions of the lung and commonly used laboratory animals cannot reflect human smoking because they breathe through their noses, and their inflammatory responses differ from those in humans. In addition, human clinical studies have revealed great variability in the physiological and biochemical responses between patients, and they usually do not allow direct comparisons of smoke-exposure versus no-exposure in the same individual.

“The device enables us for the first time to compare responses of human small airway tissues, from both normal individuals and COPD patients, before and after they are exposed to cigarette smoke delivered through physiological breathing outside the human body. We can now begin to decipher which cell types, cellular functions and genes contribute to smoke-induced injury in normal lung, as well as during COPD exacerbations in individual patients, and thereby, identify common as well as patient-specific disease factors,” said Ingber, who is also the Judah Folkman Professor of Vascular Biology at Harvard Medical School and Boston Children’s Hospital, and Professor of Bioengineering at the Harvard John A. Paulson School of Engineering and Applied Sciences.

In the microfluidic small airway-on-a-chip, one hollow microchannel is lined by living human bronchiolar epithelium, obtained from COPD patients or healthy people, which is exposed to air delivered under normal breathing motions by the smoking instrument. Cell culture medium is continually flowed through a parallel running channel separated from the first by a porous membrane to support the epithelium for up to four weeks, and to create a so-called air-liquid interface similar to that present in actual lung airway.

“In order to translate observed breathing patterns and smoking behavior into biological effects, we combined the small airway-on-a-chip with a smoking machine that burns cigarettes and a microrespirator that inhales and exhales small volumes of cigarette smoke and fresh air in and out of the epithelium-lined channel in programmable intervals mimicking true smoking behavior,” said Richard Novak, Ph.D., a co-author of the study and a Senior Staff Engineer at the Wyss Institute who helped to design the smoking instrument.

The integrated smoking system recapitulates the complex oxidant-induced biological responses of normal lung cells to toxic molecules present in cigarette smoke as well as COPD-specific inflammatory responses. “We identified a COPD-specific signature by comparing gene expression changes in COPD-derived chips exposed or not exposed to smoke and subtracting the changes that we see in chips made from healthy lung chips. This type of analysis could lead to future biomarkers, drug targets and possibly more personalized approaches to COPD in the future,” said first author Kambez H. Benam, Ph.D., a Wyss Institute Technology Development Fellow.  The team also demonstrated that they can use this approach to investigate potential toxicity profiles of emerging tobacco-related products including e-cigarettes.

Benam was also able to analyze the behavior of mucus-transporting cilia protruding from the small airway cells into the smoke-exposed microfluidic channel in an automated high-throughput fashion working with Janna Nawroth, Ph.D., a past Wyss Technology Development Fellow with co-author Kevin Kit Parker, Ph.D., a Wyss Core Faculty member and the Tarr Family Professor of Bioengineering and Applied Physics at Harvard’s School of Engineering and Applied Sciences (SEAS). “We found that cilia beating becomes more heterogeneous and reaches lower frequencies in chips exposed to whole cigarette smoke,” said Benam who recently also received a Baxter Young Investigator award for his work at the Wyss Institute.

Ingber believes that “The power of the technology is that it allows us to directly analyze the effect of a stimulus, in this case smoke exposure, on lung in what might be thought of as an in vitro human ‘pre-clinical’ study.  This is hard to do in a standard human clinical study where one compares patients with a history of smoking versus those who do not smoke because all of the patients have different histories, backgrounds and patterns of exposure to the stimulus”.

Considerations for Efficient Scale-Up of PSCs in Suspension Culture