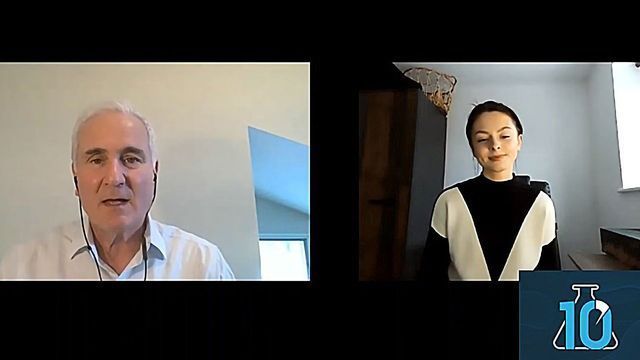 END_OF_DOCUMENT_TOKEN_TO_BE_REPLACED

A new study of the U.K. and South Africa variants of SARS-CoV-2 predicts that current vaccines and certain monoclonal antibodies may be less effective at neutralizing these variants and that the new variants raise the specter that reinfections could be more likely.

The study's predictions are now being borne out with the first reported results of the Novavax vaccine, says the study's lead author David Ho, MD. The company reported on Jan. 28 that the vaccine was nearly 90% effective in the company's U.K. trial, but only 49.4% effective in its South Africa trial, where most cases of COVID-19 are caused by the B.1.351 variant.

"Our study and the new clinical trial data show that the virus is traveling in a direction that is causing it to escape from our current vaccines and therapies that are directed against the viral spike," says Ho, the director of the Aaron Diamond AIDS Research Center and the Clyde'56 and Helen Wu Professor of Medicine at Columbia University Vagelos College of Physicians and Surgeons.

"If the rampant spread of the virus continues and more critical mutations accumulate, then we may be condemned to chasing after the evolving SARS-CoV-2 continually, as we have long done for influenza virus," Ho says. "Such considerations require that we stop virus transmission as quickly as is feasible, by redoubling our mitigation measures and by expediting vaccine rollout."

After vaccination, the immune system responds and makes antibodies that can neutralize the virus.

Ho and his team found that antibodies in blood samples taken from people inoculated with the Moderna or Pfizer vaccine were less effective at neutralizing the two variants, B.1.1.7, which emerged last September in England, and B.1.351, which emerged from South Africa in late 2020. Against the U.K. variant, neutralization dropped by roughly 2-fold, but against the South Africa variant, neutralization dropped by 6.5- to 8.5-fold.

Data from Ho's study about the loss in neutralizing activity against the South Africa variant are more worrisome.

"The drop in neutralizing activity against the South Africa variant is appreciable, and we're now seeing, based on the Novavax results, that this is causing a reduction in protective efficacy," Ho says.

"We have to stop the virus from replicating and that means rolling out vaccine faster and sticking to our mitigation measures like masking and physical distancing. Stopping the spread of the virus will stop the development of further mutations," Ho says.

The study also found that certain monoclonal antibodies used now to treat COVID patients may not work against the South Africa variant. And based on results with plasma from COVID patients who were infected earlier in the pandemic, the B.1.351 variant from South Africa has the potential to cause reinfection.

The new study conducted an extensive analysis of mutations in the two SARS-CoV-2 variants compared to other recent studies, which have reported similar findings.

The new study examined all mutations in the spike protein of the two variants. (Vaccines and monoclonal antibody treatments work by recognizing the SARS-CoV-2 spike protein.)

The study measured the neutralizing activity of 18 different monoclonal antibodies--including the antibodies in two products authorized for use in the United States.

Against the U.K. variant, most antibodies were still potent, although the neutralizing activity of two antibodies in development was modestly impaired.

"Decisions of the use of these treatments will depend heavily on the local prevalence of the South Africa and Brazil variants," Ho says, "highlighting the importance of viral genomic surveillance and proactive development of next-generation antibody therapeutics."

"The concern here is that reinfection might be more likely if one is confronted with these variants, particularly the South Africa one," Ho says.

This article has been republished from the following materials. Note: material may have been edited for length and content. For further information, please contact the cited source.
Advertisement
Chosen for You
Industry Insight