Influenza, commonly referred to as “flu”, is a major global public health concern and a huge economic burden to societies. Seasonal influenza epidemics afflict between 13 to 100 million individuals annually, including three to five million cases of severe illness and 300,000 to 600,000 deaths worldwide. This represents a top global public health concern and an extraordinary economic burden to all societies. Pandemics are less frequent, but are generally more severe and pose a greater threat. Over the past century, there have been at least four devastating pandemics caused by the Influenza A virus which took the lives of hundreds of millions of individuals.

Although vaccination arguably represents the most effective way to prevent influenza, current vaccination strategies suffer from certain limitations, chief of which require current influenza vaccines to be updated annually to match circulating strains. This results in low vaccination take-up rates and poor coverage due to inaccurate prediction of circulating strains. Broadly protective, “universal” flu vaccines that do not need to be updated annually have therefore been pursued.

The highly conserved M2e peptide is a leading universal flu candidate; this peptide shares a conserved sequence with nearly all known human Influenza A strains. However, its limited ability to trigger a strong and long-lasting immune response has represented a major roadblock in its clinical development.

Researchers from the Yong Loo Lin School of Medicine at the National University of Singapore and Monash University in Melbourne have published a paper in the latest issue of Proceedings of the National Academy of Sciences of the United States of America where they successfully leveraged on a novel vaccine platform to deliver M2e to immune cells. This allowed them to prove that a single shot immunisation containing M2e was able to trigger long-lasting immune responses that could protect effectively against multiple strains of the flu.

The team was also able to demonstrate that this vaccination approach significantly enhanced protective immune responses in the context of pre-existing flu immunity. This scenario is particularly relevant in adult and elderly populations, where individuals have been exposed to flu viruses multiple times in the past and have low levels of M2e-specific antibodies in their blood circulation.

This vaccine approach has the potential to minimise the amount of M2e vaccine antigen (substance that triggers the body’s immune response against that itself) and the number of injections required for effective and long-lasting protection. It also removes the need for strong adjuvants (a substance which enhances the body’s immune response to an antigen), reducing potential side-effects, particularly in more vulnerable populations. 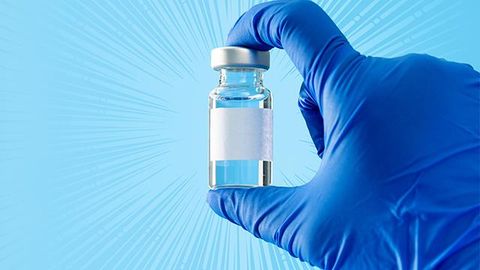 END_OF_DOCUMENT_TOKEN_TO_BE_REPLACED

Beyond the flu, this vaccine platform could be employed to tackle a multitude of diseases, including infectious diseases such as COVID-19. The current COVID-19 pandemic has highlighted the importance of developing versatile, powerful platforms for the rapid deployment of vaccines against any highly virulent diseases. This new finding could lend itself to further development of vaccines for this, or any future, novel diseases. The team is currently working on a COVID-19 vaccine candidate using the same strategy.